Although there are many ability-focused activities that older adults can engage in, we contend that group singing may be particularly well suited to enhancing social identity, given the important role of the voice in shaping social identity Many older adults will develop acute deficits in vocal production arising from age-associated diseases or milder deficits arising from age-related changes in vocal physiology. Singing directly challenges these deficits, which may result in a positive reconstruction of social identity.

Group singing enables exquisite movement synchronization across individuals, spanning the lungs, larynx, head, and facial muscles. Research by our group and others has demonstrated that synchronous movement in the context of song (or dance) causes individuals to be more likely to share, to be more resilient to pain and to feel more socially connected.

Several authors have espoused a sociobiological theory for the elevated sense of social connectedness that is reported following group singing. In particular, it has been suggested that group singing leads to a decrease in the stress hormone cortisol and an increase in oxytocin. Oxytocin is a neuropeptide that is released in response to pair bonding and stress and may serve as a marker of psychosocial states in the context of social engagement. While the effects of group singing on cortisol have been fairly unequivocal), the effects on oxytocin have been mixed.

In addition to endocrine measures, mild pain has been used as a proxy measure for the sociobiological changes that arise from movement synchronization in a group . Song or other forms of synchronized movement (e.g., dance) has been shown to lead to increases in pain thresholds . Critically, the pain threshold increases are not due to muscular exertion alone, and they appear to be comparable regardless of group size . These findings are consistent with evolutionary accounts of song and dance that emphasize their role in social bonding and group resiliency. 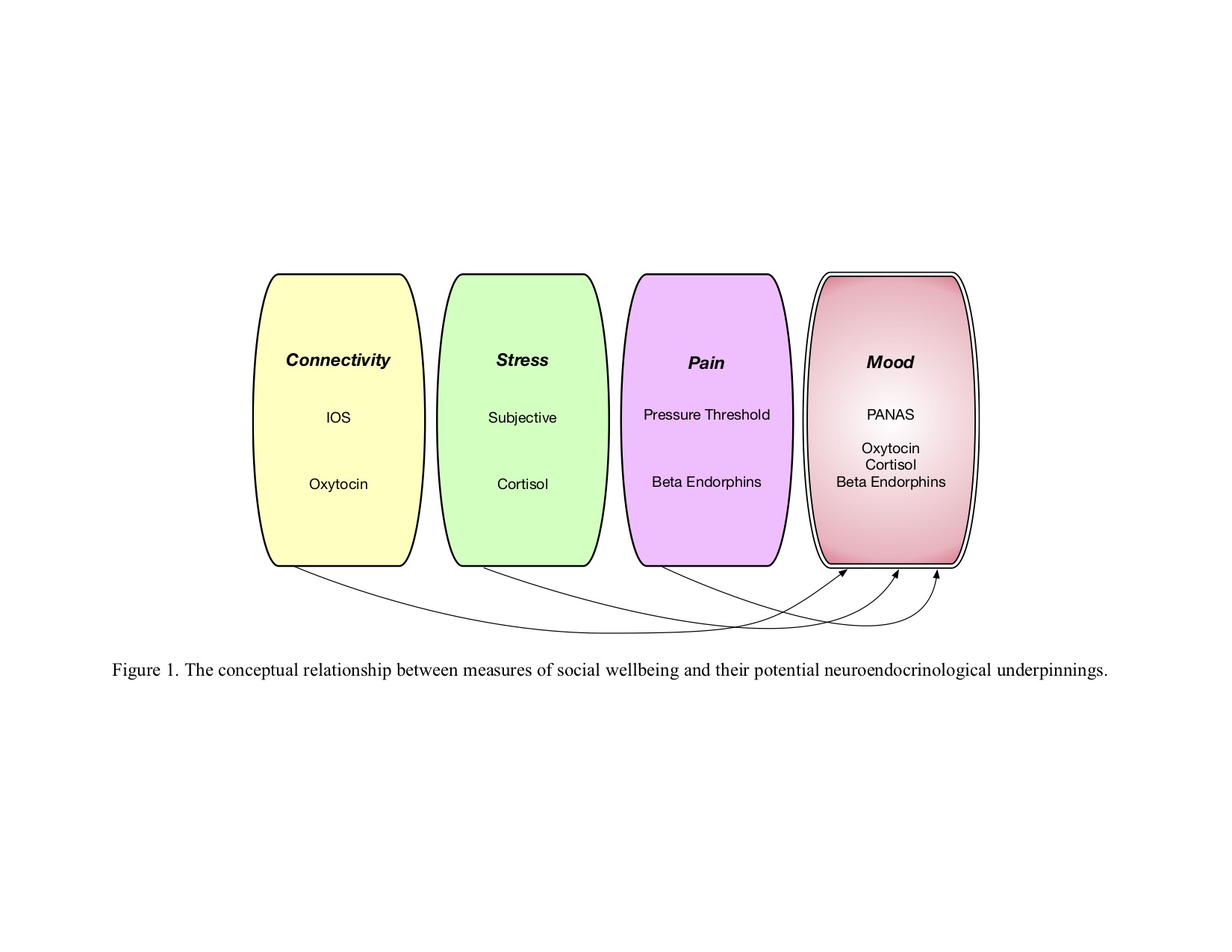